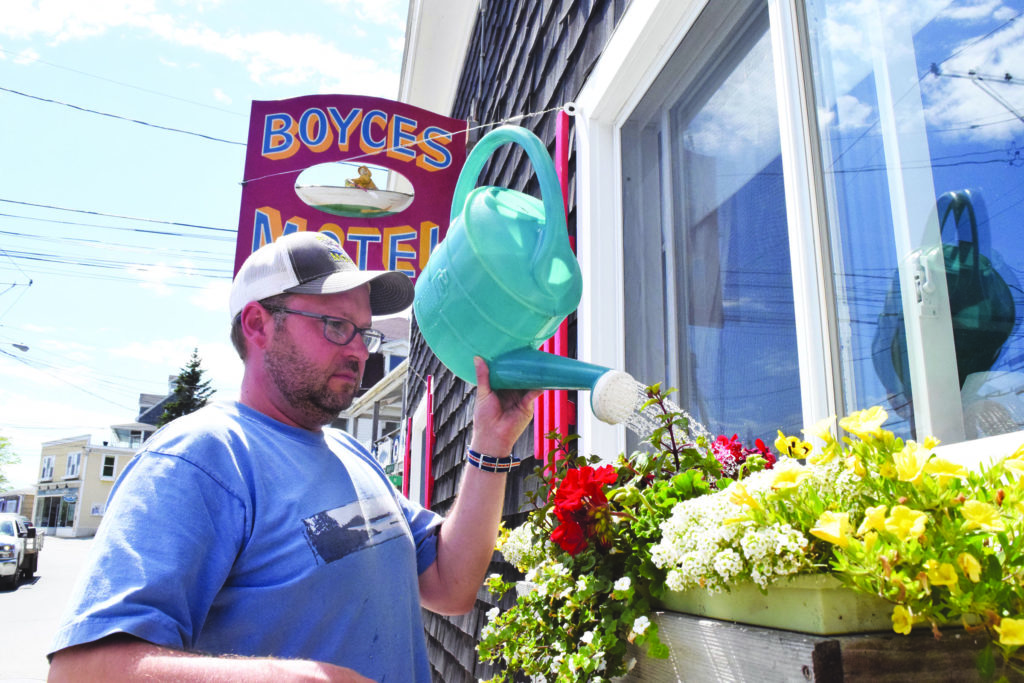 Barrett Gray is the third generation of his family to run Boyce’s Motel. Whether it’s the guest rooms or window boxes, Gray takes pains to make guests stays aesthetically pleasing and comfortable.

Barrett Gray has spent most of his life at Boyce’s Motel in Stonington. Gray’s maternal great-grandmother, Mae Boyce, and his grandparents, George and Barbara Boyce, opened the silver-shingled inn in 1961. He has worked at the motel, in some capacity, since junior high.

“My mom worked full time,” Gray recalls. “When summer rolled around, she said I was going to the babysitter. I said I didn’t want to go to the babysitter. She said, ‘Then you’re going to be down with your grandmother and helping her with the motel.” 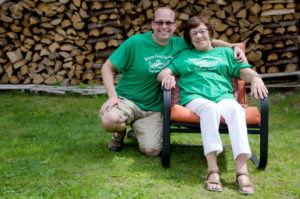 What began with mowing the lawn and running errands turned into larger tasks like housekeeping. When Gray graduated from the University of Maine at Augusta with an associate degree in hospitality management, he purchased Boyce’s from his grandmother, Barbara. He has run it ever since.

Located on Main Street, Boyce’s is picturesque and has a 1950s vibe that hasn’t changed since it opened 61 years ago. The motel’s brightly colored sign is inset with a three-dimensional carving of a yellow oilskin-suited fisherman briskly rowing a skiff. Fuchsia, marigolds, geraniums, sweet alyssum and million bell petunias and marigolds fill the window boxes. A white picket fence shield the section of sidewalk from the street. Across Main Street, Boyce’s has an enclosed deck, where guests can enjoy their a.m. coffee or beer and wine late in the day while watching the boat traffic and other goings-on in Stonington Harbor. 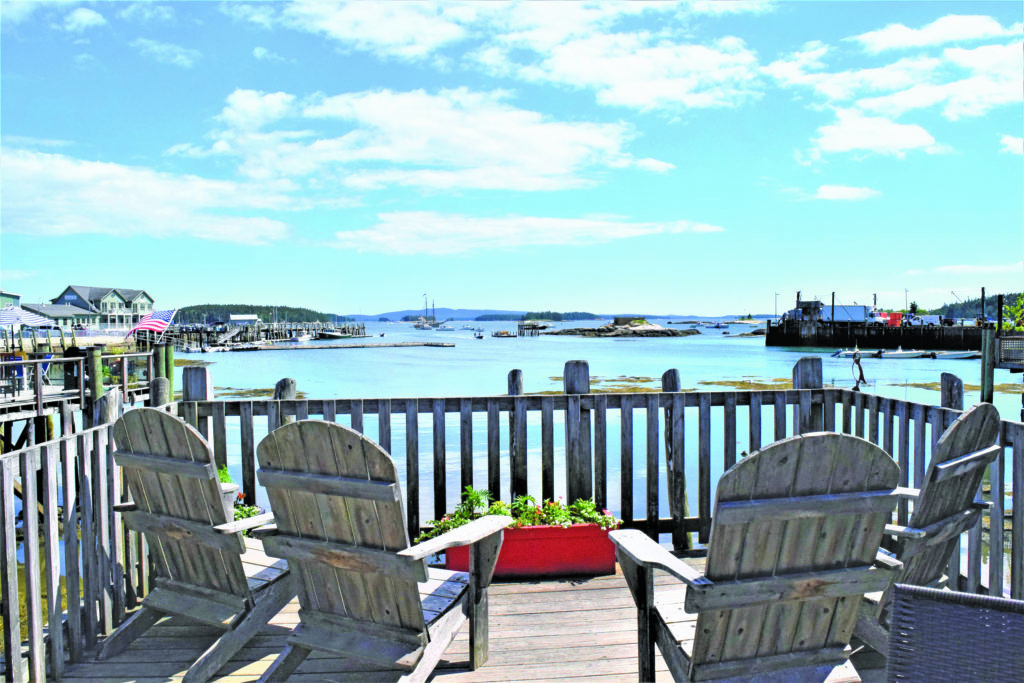 Boyce’s Motel boasts an enclosed deck on the waterside of Main Street, where the inn’s guests can enjoy their early morning coffee or evening drinks and watch goings-on in Stonington Harbor. In the mid-1980s, craftsman Richard Lindloff made the motel’s unique sign.

Boyce’s offers a variety of accommodations from smaller rooms with just a bed and bathroom, to apartments with private decks and kitchens. Red accents connect the motel’s different buildings. 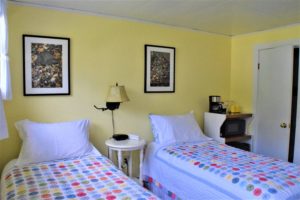 Each bedroom has its own character reflected in the quilts, furniture and artwork.

“I think Stonington is really a place where you can unwind and regroup,” Gray said. “There’s enough to fill a week on vacation in Stonington. But the activities are not going to come to you, you’ve got to go to them.”

A commercial fishing town on Deer Isle, which lands more lobster than any other Maine port, Stonington offers a quieter alternative to Bar Harbor. Historically an artist’s colony in summer, the downtown district boasts a fine bakery, coffee shops, art galleries, restaurants and other businesses. Boat tours and sea kayaking outfitters are available. Seaside and woodland hiking trails are easily reached through Island Heritage Trust’s website at islandheritagetrust.org. The town also is where one catches the ferry to Isle au Haut (pronounced “eye-la-HO”), which means “high island” in French. The island, 7 miles from Stonington, is home to a section of Acadia National Park. 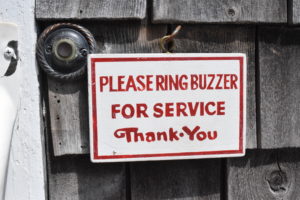 Gray, himself, lives in the second oldest building on Main Street. On the motel’s property, the gray-shingled house is where his mother, Becky Gray, and her four siblings grew up. His great-grandparents owned the dwelling before that.

When Gray’s great-grandfather, Theodore Boyce, purchased the property in 1920, he ran a grocery store in what is now the main building for 30 years. Before Theodore’s wife, Mae, converted the store into the present motel, it once housed a dress shop and the Stonington Public Library.

Boyce’s is known for its hospitality. Gray’s grandparents often invited guests into their own home just steps away from the motel.

“My grandmother loved to cook,” Gray explained. “They were always inviting guests in for a lobster dinner around their table.”

That sense of hospitality and family has never left Boyce’s. Housekeeper Jen Smith Dietlin said Gray will get lobsters for guests to make in their kitchens and will take his staff on outings. Recently, they all went out to lunch. Dietlin, who met Gray while a guest at Boyce’s, said she has gone kayaking with Gray and the team two years in a row.

“It’s quite a special place and Barrett [is] wonderful,” she said. “I don’t know what Stonington and Deer Isle would do without him.”

An active member of the community, Gray takes Wednesdays and Thursdays off from working at the motel to lead the Healthy Island Project’s Lunch Box program, which prepares lunches for 120 seniors each week. Many of the recipes he uses, such as fish and potatoes (salted cod with pork scraps over potatoes and pickled onions), are ones his grandmother taught him.

“I had a very close relationship with my grandmother,” Gray said. “She was certainly, I would say, a great friend, my grandmother and a mentor.” 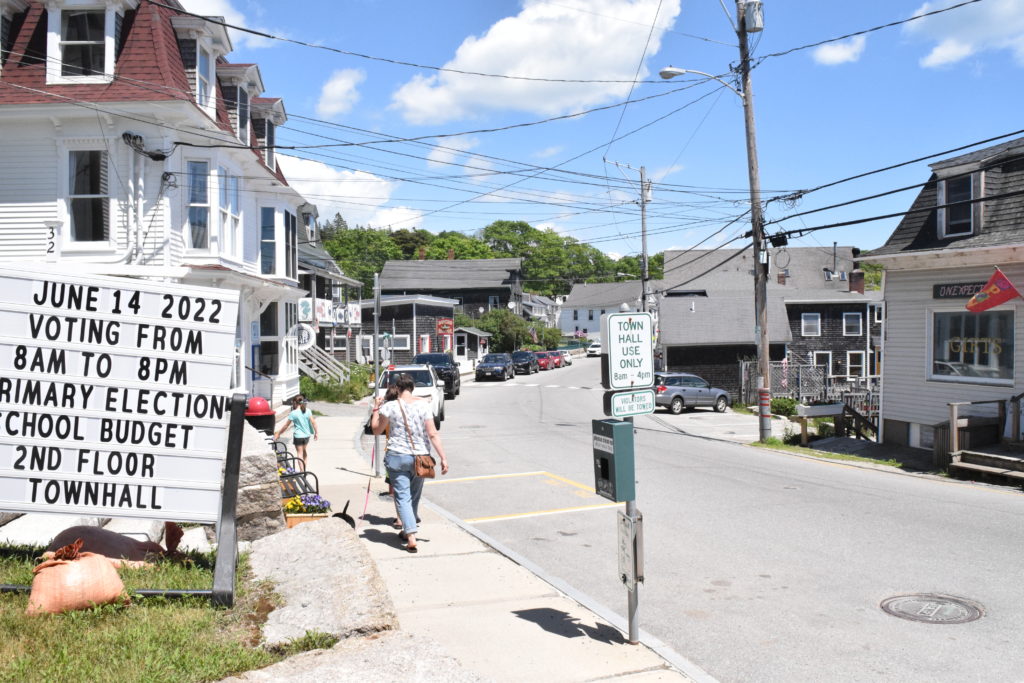