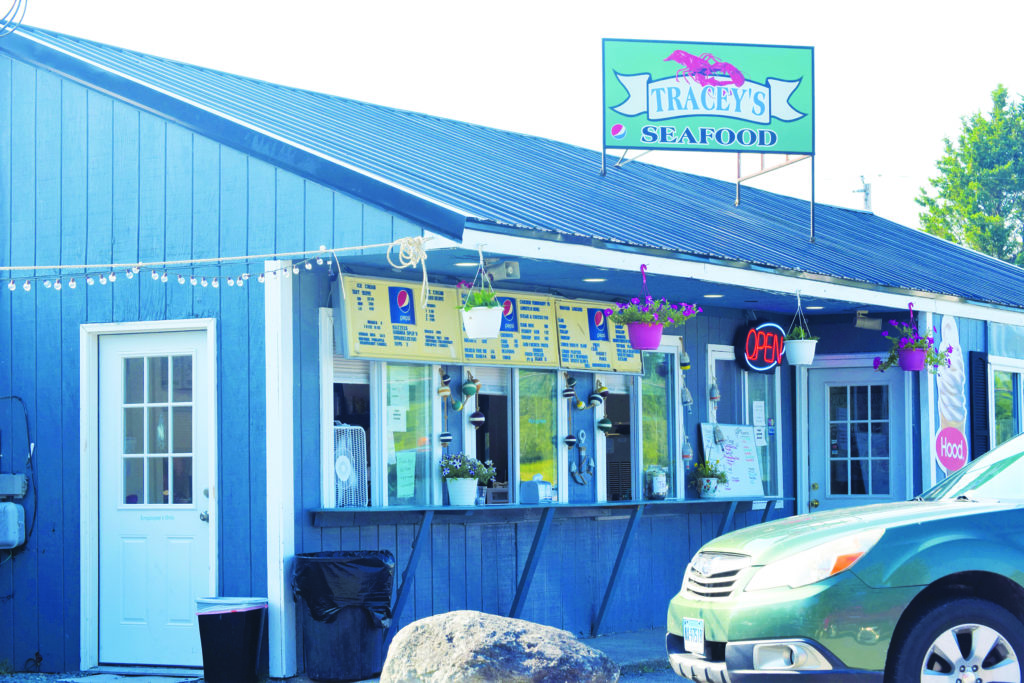 Levon and Polly Tracey catch lobster for their restaurant in Flanders Bay. He digs all the eatery’s soft-shell clams from local flats. OUT & ABOUT PHOTOS BY PIPER CURTIN

“I left my grandson in the kitchen; he’ll holler ‘Nanny!’ if he needs me,” says Polly Tracey of Tracey’s Seafood in Sullivan. Chuckling, Polly slides into a booth in her full-service dining room. It’s likely the first time she has sat down all day.

For 25 years, Polly and her husband, Levon, have owned and operated their walk-up or dine-in seafood restaurant on Route 1. On Mondays and Tuesdays, Polly works as sternwoman on her husband’s lobster boat and then she shucks clams and picks lobster meat in the afternoon. They harvest all the lobster they serve from their own traps scattered in Flanders Bay while Levon digs all the soft-shell clams. When she’s not fishing, Polly can be found in the kitchen flouring clams and onion rings and other tasks. 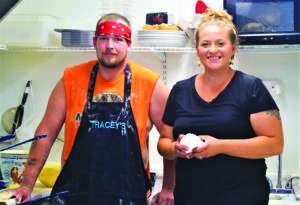 Brother and sister Rick and Katie Tracey have worked in the family restaurant since childhood.

On this sunny day, a large family sits in the center of the dining room, chattering about their rental house. In a booth nearby, a couple scan their menus and a few regulars chow down quietly at their separate tables. 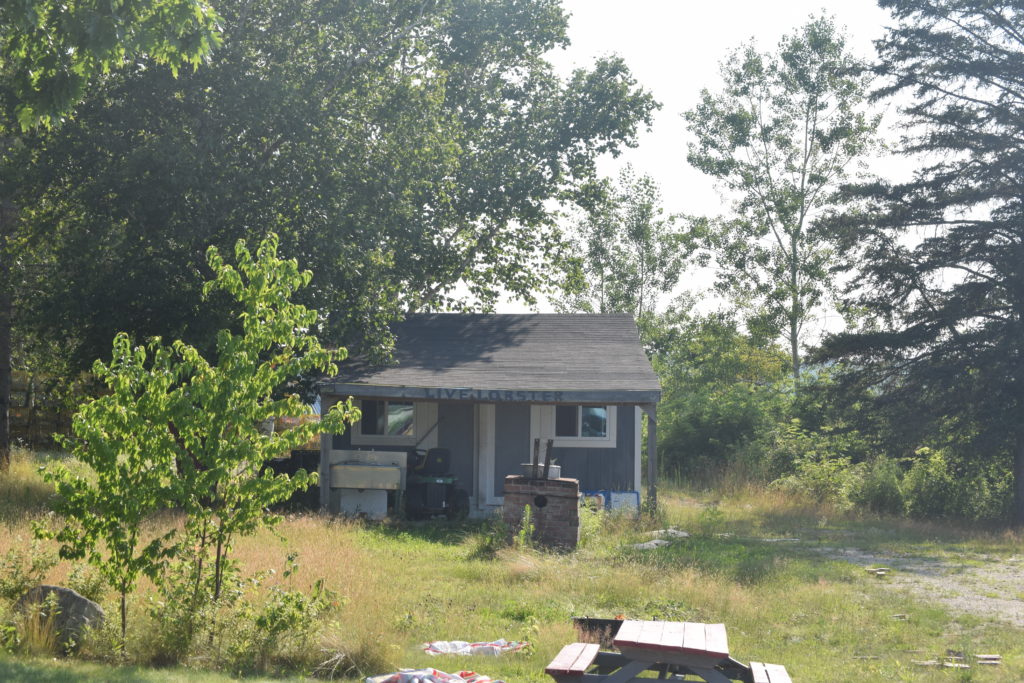 The Tracey family’s original takeout can be seen behind the current restaurant on Grange Hall Road.

The Traceys’ motto, “If I’m not gunna eat it, you’re not gunna get it, it’s gotta be fresh, gotta be top.”

The clams are no exception. Lightly battered and fried on the spot, they are crunchy, juicy, salty and sweet all at once. 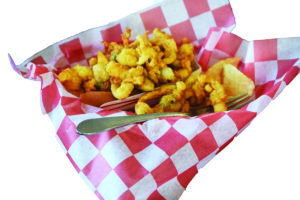 Lightly battered and fried on the spot, Tracey’s Seafood’s fried clams are crunchy, juicy, salty and sweet all at once.

Soft shells are not actually soft, but simply more brittle than their counterparts, quahogs. A clam has three main parts, the belly, which is the softer round body, the strip, which is chewier and hangs below the belly and the neck or siphon, that protrudes from the clam shell when it’s alive.

Digging clams is a difficult job that depends on the tide’s ebb and flow. Because clams burrow into the mud, they can only be found for about three hours when the water recedes at low tide. The bivalves are found by spotting the bubbling air holes their siphons leave on the surface. A digger must bend, reach down and feel around, hopefully grabbing a soft shell without breaking its brittle outer protection.

A run is when a clammer finds a sequence of many clams all in one area. Throughout the season, Levon digs enough clams to keep his customers well fed and coming back for more.

“It seems everyone has had a hand in it,” says Polly, who represents the first of four generations in the Tracey family to have worked, or at least lent a helping hand at Tracey’s Seafood. She looks around, points out her great-grandson, Carson, who is 8, and his mom, Katie, who waitresses and works in the kitchen.

Katie was 4 years old when the restaurant opened. “She used to stand up on a milk crate and talk to people through the window,” Polly recalls. Now, Katie’s son sits eating an ice crem in the corner of the air-conditioned dining room. “He likes to snack in between helping,” says his great-great grandmother. It’s time for Polly to get back to work in the kitchen and help her granddaughter and grandson as hungry tourists and locals start pulling in for dinner.

Polly and Levon have tried to put down their clam rakes and fryer baskets in the past. “For two years we’ve been saying it’s our last, but we’ll probably go for 10 more,” Polly declared.