Food and drink often are integral to a vacation or travel experience — even becoming destinations in their own right. Maine, as the source of some of the nation’s best seafood, figures prominently now on the foodie traveler’s map. 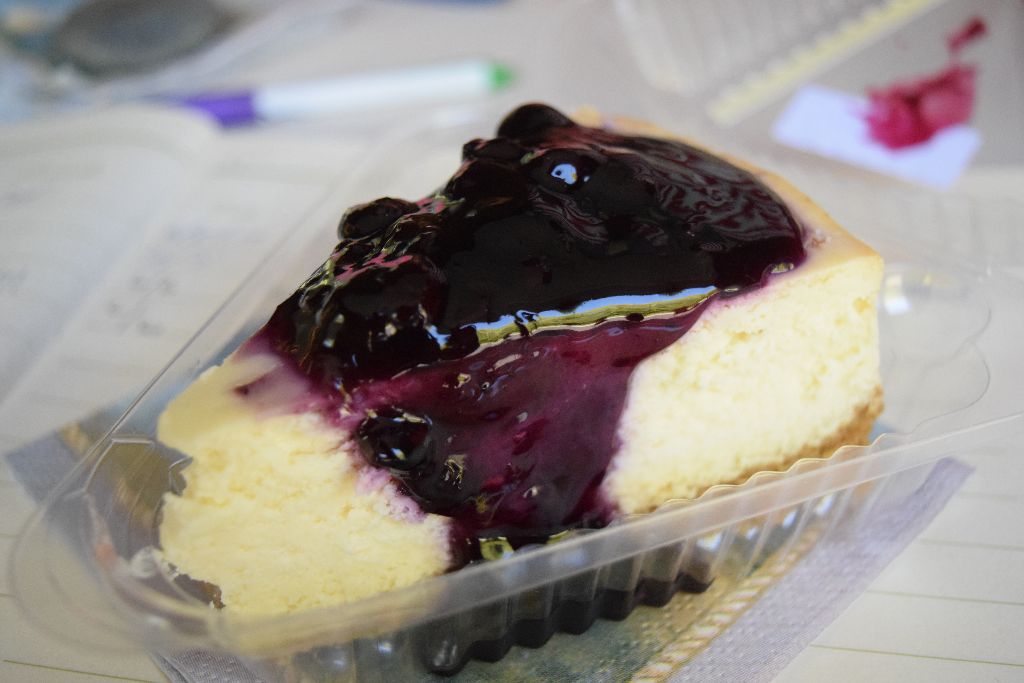 On outer Main Street in Ellsworth, a modest, ranch-style home houses a veritable cheesecake factory that runs nonstop seven days a week. Brenda “Momo” Ledezma is the force behind the luscious homemade confections that can be purchased by the slice day or night in the renovated two-bay garage. At Momo’s Cheesecakes (471 Main St.), No one is there to ring you up. Payment is by the honor system.

Maine’s potato candy is much in demand 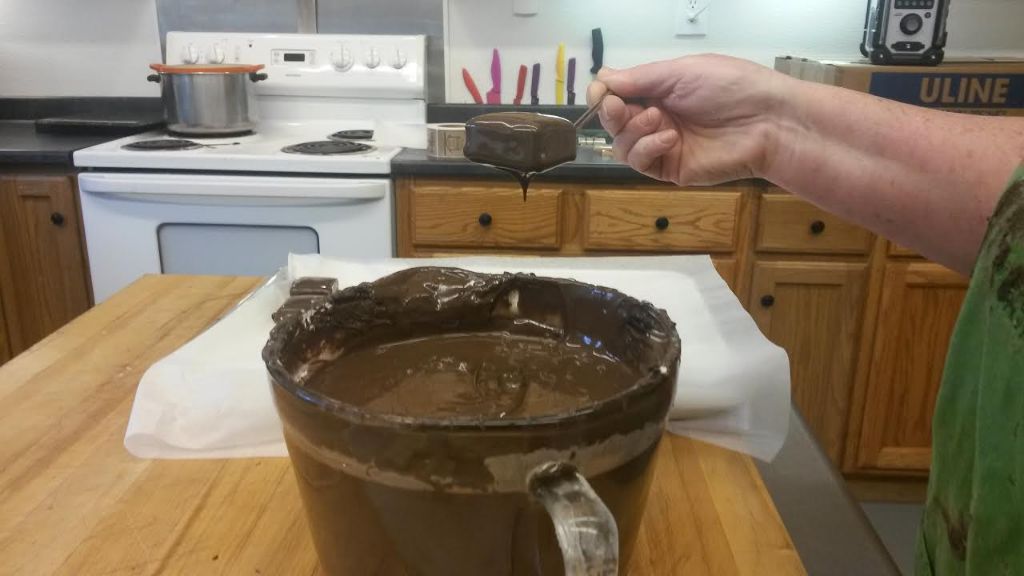 Potatoes in candy is hard to conceive by people “from away,” but Needhams have a longstanding tradition in Maine. The potato, after all, is one of Maine’s major crops. The story goes that evangelist Rev. George. C. Needham, an Irishman who escaped captivity by cannibals, came to Maine in 1872 to teach the Bible. Mr. Seavey, a well-known candy maker, attended one of Needham’s services in Portland and came back to the candy store to find his employees working on a new candy. Seavey said, “Call them needhams — after the preacher.”

Over the past century, the recipe for Needhams hasn’t been changed much. Barbara and Mark Courchesne of Farm by the Sea are among those who make the old-fashioned chocolates. The Courchesnes use Maine potatoes and fine dark chocolate in their confections sold with other gift items and fresh flowers at the couple’s florist/gift shop The Bud Connection in downtown Ellsworth (89 Main St.). For more info, visit www.thefarmbythesea.com. 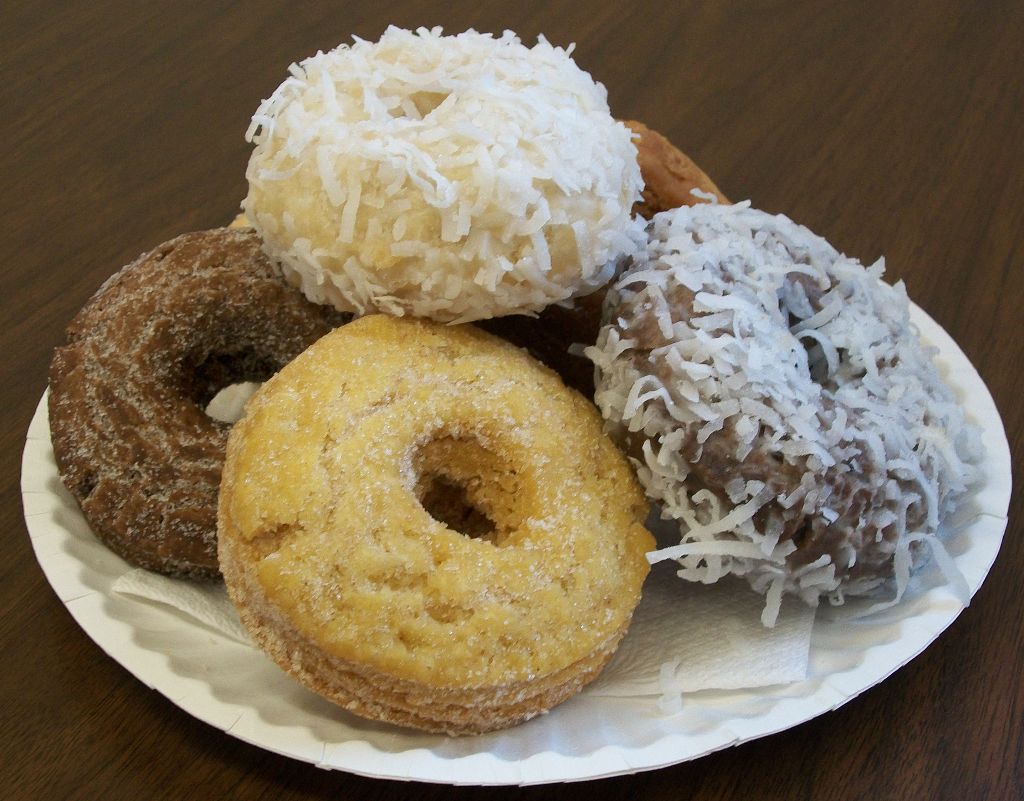 Small-town convenience stores often offer freshly baked goodies, but patrons of Northern Bay Market in Penobscot (177 Southern Bay Road, 326-8606) would argue theirs are the best. For more than 20 years, Toni Staples has been spoiling folks with her scratch donuts and other goodies. A Brooksville native, she learned to bake from her grandmother, Elizabeth Bragdon, and mother, Anne Black. Every other week, Staples makes the donuts at home and delivers them to the mom-and-pop store for sale on Wednesday starting early in the morning. Her day job is pastry chef at George Stevens Academy. 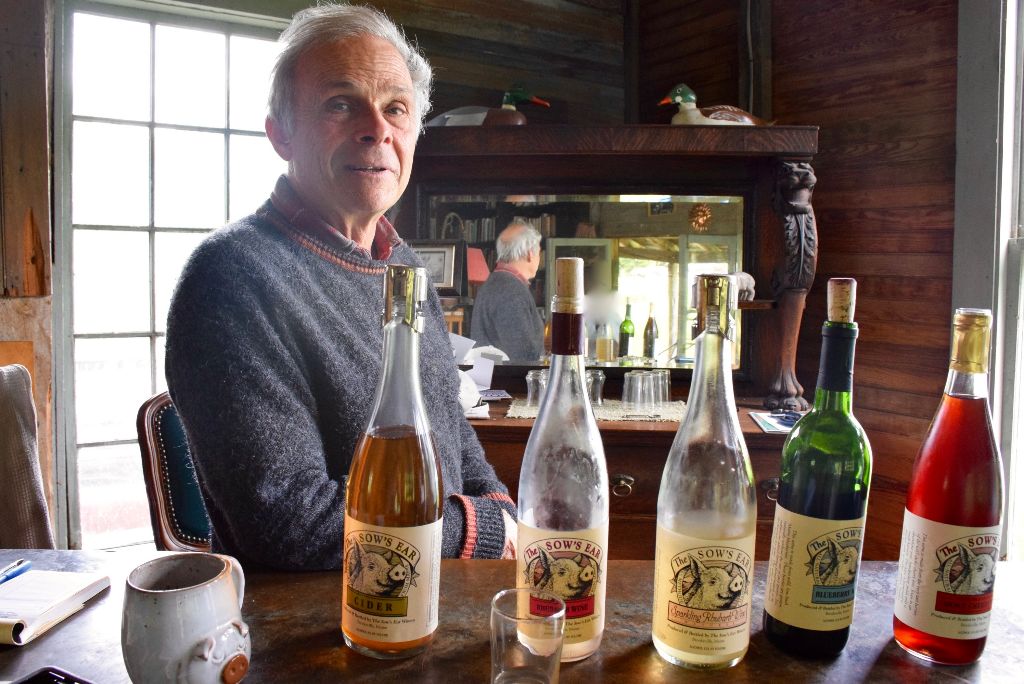 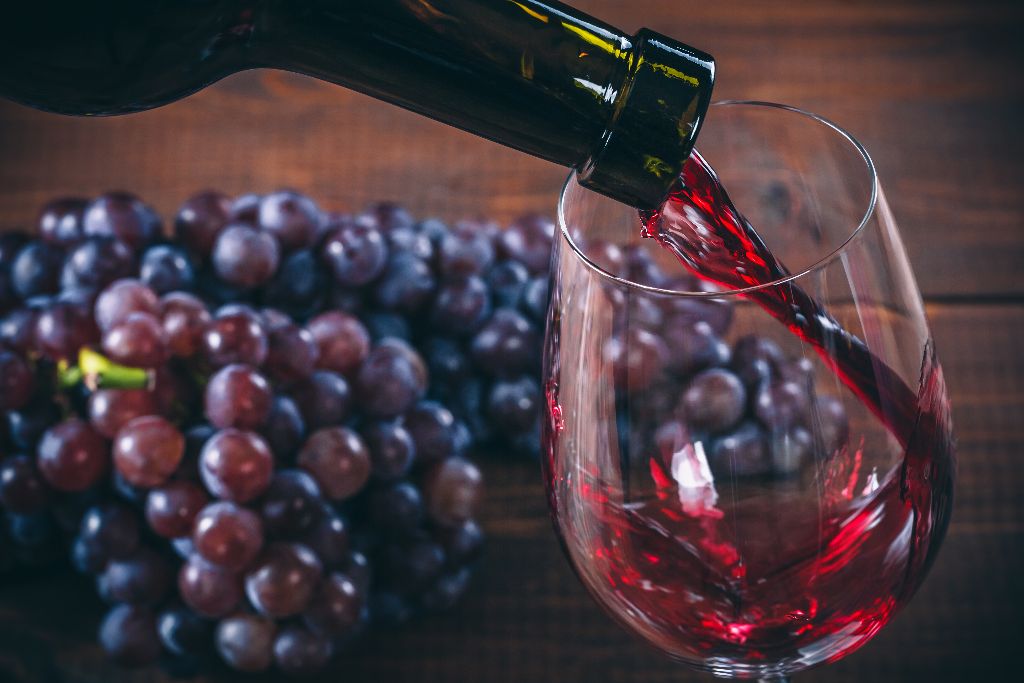 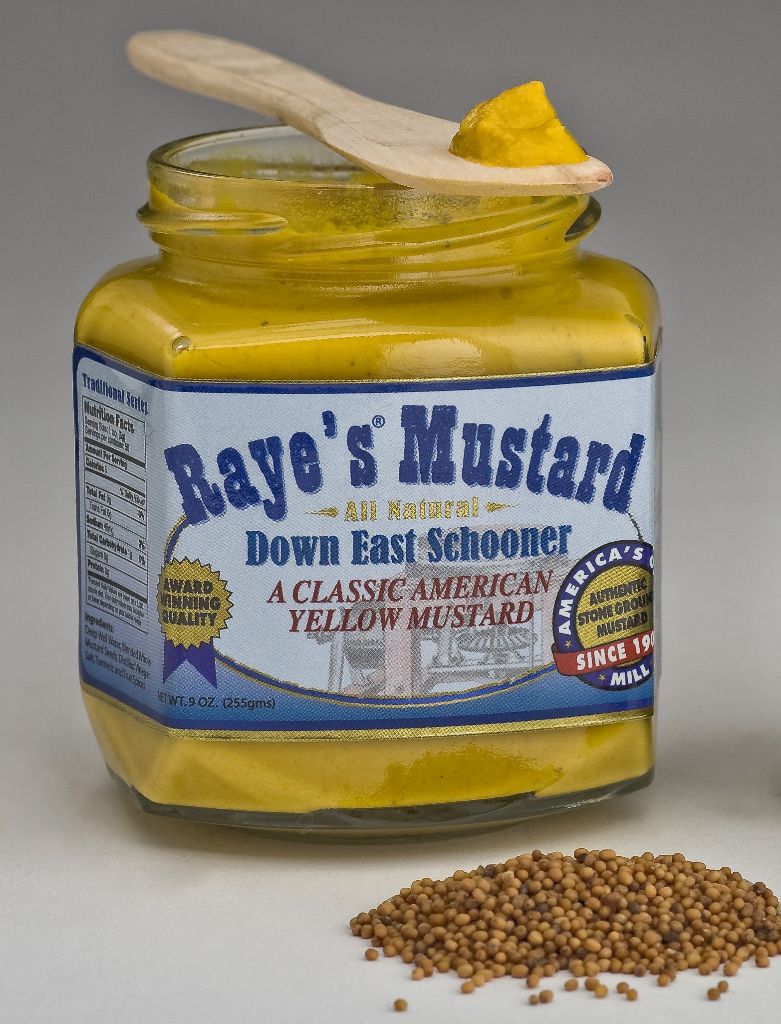 Eastport once called itself the “sardine capital of the world.” Its harbor was thick with the masts of seiners and two dozen canneries packed the silvery, soft-boned fish along the waterfront a century ago. Now, the easternmost U.S. city is known for mustard. Eastport prides itself on having the nation’s last working stone mustard mill. Stop in at Raye’s Mustard and tour Raye’s Mustard Mill Museum and see firsthand how the award-winning line of gourmet mustards is made. Better yet, sample them. Raye’s is located on Route 190 about eight miles from U.S. Route 1. in Eastport. For more information, call 853-4451, (800) 853-1903 and visit www.rayesmustard.com.

A Wrinkle in Time 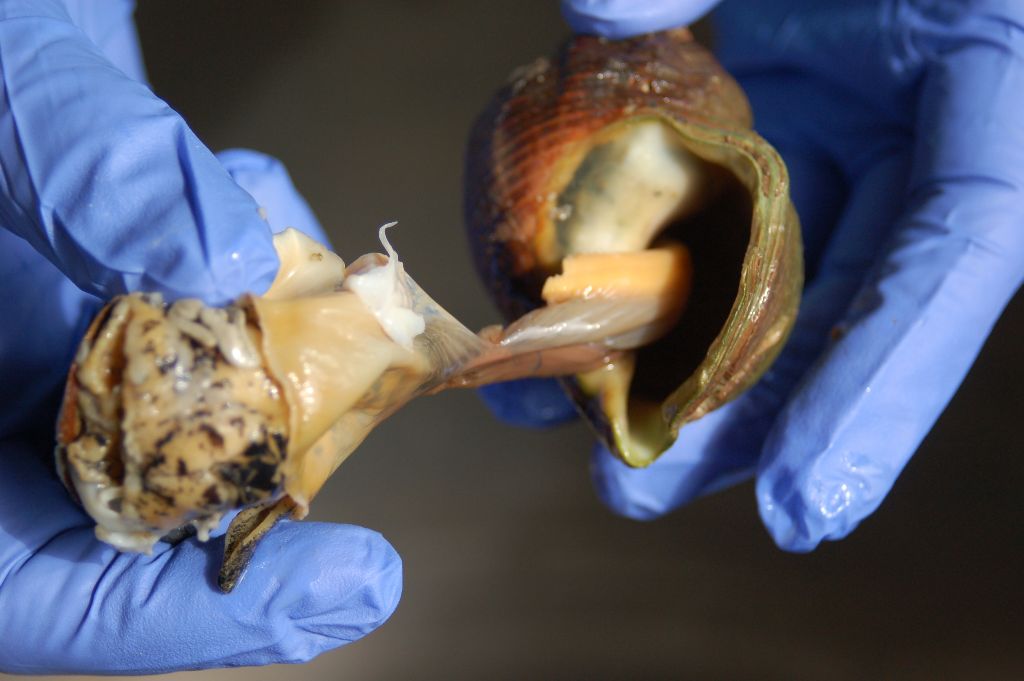 Wrinkles are actually pickled whelks. They have been enjoyed by fishing families in Downeast Maine for generations, but remained relatively unknown to the general public until 2002, when Terrie Pinkham and her daughter, Wanda, launched DownEast Whelks. Since then, the pickled sea snails have piqued the curiosity of the uninitiated and delighted those who have rediscovered them.

Starting in late spring, the delicacy is available in mom-and-pop stores including the Otis General Store, Hancock Grocery and Young’s Market in Gouldsboro. 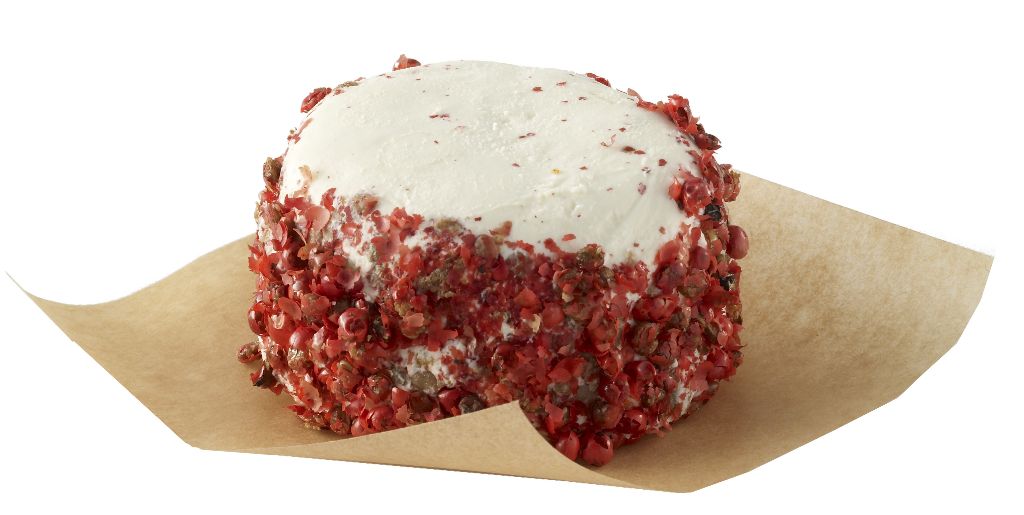 Hancock and Washington counties boast many fine cheese makers. The artisan products, ranging widely from goat’s milk to mixed-milk cheeses, can be specially packed on site for travel by air or car. Many of these dairy farms also welcome visitors. They include: Seal Cove Farm in Lamoine (667-7127), Sunset Acres Farm in Brooksville (326-4741), Garden Lore in Mariaville (537-5673), Yellow Birch Farm in Deer Isle (348-2601), Red Barn Farm in Stonington (367-5100) and Painted Pepper Farm in Steuben (546-9777).

Sit back in an Adirondack chair with a hot cup of coffee and scone slathered with butter and a jam, jelly or marmalade of your choice from 9 a.m. to 5 p.m. daily at Nervous Nellie’s in Deer Isle. Nervous Nellie’s’ Mountainville Tea Room and outdoor sculpture garden officially opened for the season on Mother’s Day. For decades, the Deer Isle business has produced a wide selection of jams, jellies, chutneys and other spreads.

A hole lot of fish 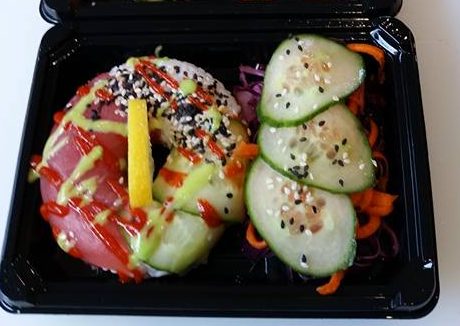 Winter Harbor’s LobStore sells the coastal region’s freshest seafood through its parent company, D.C. Air & Seafood Inc. So the store’s chef Lisa Gibson took her cue from Japanese food trends and started making “sushi donuts” last year. Her sushi donuts combine: fresh fish, cucumber, avocado, sticky rice, sesame seeds, dressing and the seaweed nori to hold it all together. Her finishing touch is to use sriracha sauce to decorate her sushi creations like the glaze found on regular donuts. The LobStore is located at 258 Newman St. in Winter Harbor. You can reach the store via phone at 963-8600 or access its website online at www.TheLobStore.com.

In addition to editing the Arts & Leisure section, Letitia edits special sections including Out & About, Overview, Health Quarterly, Your Maine Home, House & Garden and Get Ready for Winter. She comes from Chicago, Ill, but has deep family ties to the Cranberry Isles. lbaldwin@ellsworthamerican.com
Share
Facebook Twitter Google+
Prev Post / Next Post