Last summer, Bad Little Brewing Co. co-owner Kathryn Toppan was playing cards with her husband, Sean Lent, on the deck at their Machias camp when an idea popped into her head: A design for the back of playing cards.

“And, you know what [the cards] would look like?” she asked, taking out her phone. “They looked like this.” 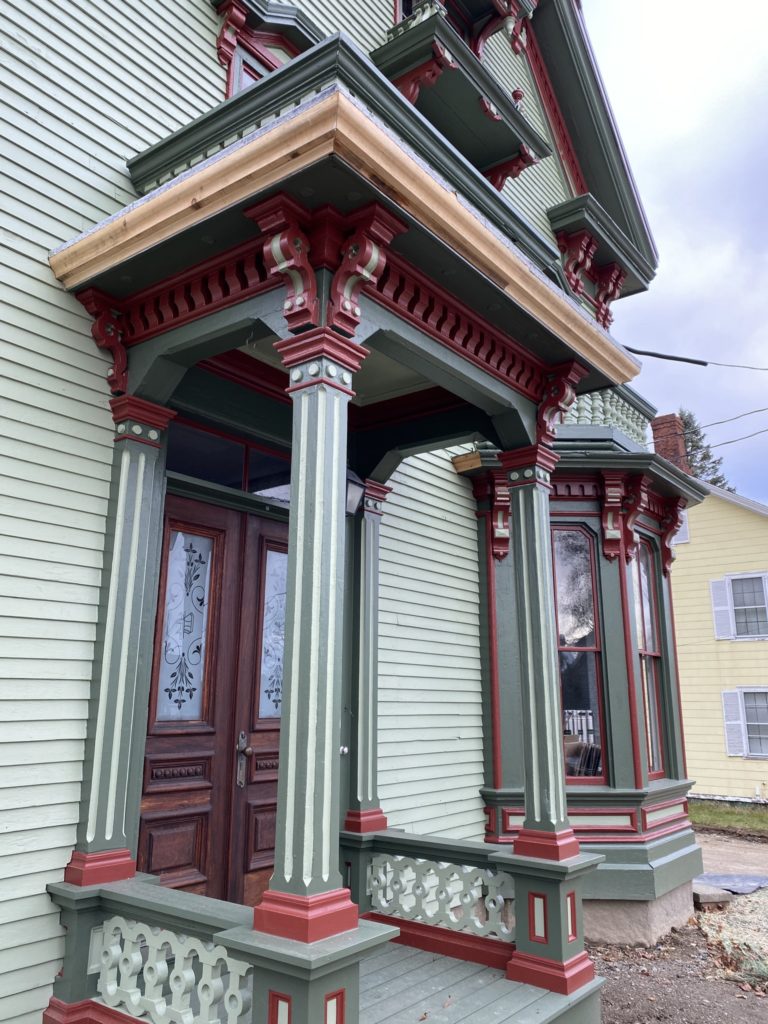 She pulled up the image that is prominently displayed on the Machias microbrewery and restaurant’s homepage. The image is of the waterfall that cascades through Machias in the United States’ easternmost county. The name of the former mill town and the river running through means “bad little falls” in the Passamaquoddy Indian language. Autumn leaves, from iridescent green to yellow and orange, are turning color behind the roiling rapids and Machias River that flows down to the sea. Bad Little Falls once powered sawmills along the river. 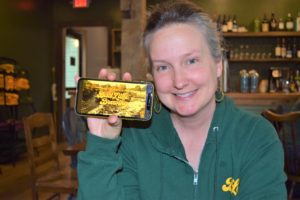 Kathryn Toppan shows the scenic image of Bad Little Falls that inspired the restaurant-microbrewery’s splash page on the website. OUT & ABOUT PHOTO BY MAGGIE TROVATO

Picturing downtown Machias’s scenery on a deck of cards is the kind of creative flash that Kathryn has enjoyed since retiring from a teaching career spanning 23 years. A ’70s-style font, spelling out “Bad Little Brewing” in bold, gold looping letters, completed the design on Bad Little Brewing Co.’s splash page, which was created by a local graphic designer.

“It’s so small,” the former high school English teacher mused. “But it’s so indicative of the lack of agency [freedom] I had before.”

After over two decades of teaching, Kathryn and Sean, who also was a teacher, were eager to start a new chapter in their lives. In the Portland area, where they previously lived and taught, Sean has brewed beer on his own. He advanced his hobby to a professional level apprenticing at breweries in Portland.

Almost two years ago, the couple took a geographic leap and moved to Machias. They acquired the Clark Perry House on Court Street. Built in 1868, the Italianate-style mansion boasts curving balustrades and windows featuring bracketed hoods with mini-gables. During that time, the lumber baron and horse racing enthusiast’s historic dwelling was restored to its former grandeur. In Machias, the moss-green and crimson-trimmed Victorian is the only residence listed on the National Register of Historic Places. 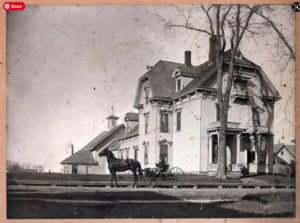 Originally painted white, the Clark Perry House was built by a lumber baron and horse racing enthusiast who spared no cost on its construction. Clark Perry even had a racetrack built around the corner.

With space to spare, Sean and Kathryn combined both Sean’s microbrewery and their restaurant in the Clark Perry House. The spacious carriage barn houses both the brewing operation and the kitchen. The house’s lofty-ceilinged former parlors serve as dining rooms. Part of the dining experience are the restored floors, woodwork and other architectural features. Perry, who had a racetrack built around the block (no longer there), spared no expense on his home’s construction and craftsmanship.

Teaching and running a microbrewery/restaurant might seem like they demand different skill sets. Writing, brewing and cooking, however, all require craftsmanship and an attention to quality and detail. As an English teacher, Kathryn taught writing for years and told her students to catch their mistakes before their readers did.

“It’s the same thing,” the former English teacher explained. “Our food is being published. We want to make sure that it is the final draft.”

To ensure consistent quality, Kathryn and Sean pay a lot of attention to details. If someone asks for salt and pepper, she is right back in the kitchen, tasting the food to make sure it is properly seasoned.

“Our goal, of course, is to make sure that everyone is gushing by the time they leave,” she said.

As for beverages, Sean serves two of his own beers — Too Snarky, an IPA, and Right the Wrong, a pale ale — on tap. Both are hoppy with the former having floral, fruity notes. A curated selection of beers and wines as well as cocktails, sodas and teas are available. 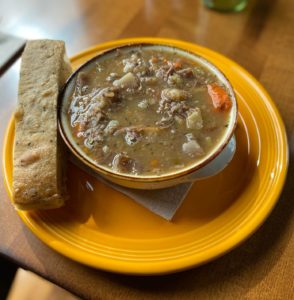 At Bad Little Brewing, the restaurant’s menu changes somewhat with the seasons, but always features some hearty dishes such as beef stew and luscious desserts including chocolate pot de crème.

Kathryn describes Bad Little Brewing’s ever-changing menu as eclectic and global. Many of the ingredients are locally sourced and almost every menu item is made completely from scratch including dressings, sauces, yogurt and ricotta.

“If we lived in another place with lots of restaurants, I don’t know if our menu would look the same,” Kathryn said. “We like the idea of trying to provide food to people that they can’t get here.”

Diners with a puckery palate will find plenty to like among the starters. Pickled quail eggs, flavored with dill and coriander seed, are served atop arugula drizzled with a balsamic dressing. The arugula’s peppery kick complements the tiny, fermented eggs perfectly.

Another starter is the smoked seafood chowder made with smoked salmon. The latter ingredient is the missing link you never knew you needed. This stick-to-your-bones dish is ideal for a cold or rainy day (But can be devoured in any weather).

For the main course, the beef or bean tacos, rolled in homemade tortillas, are beautifully plated. The pulled beef is flavorful and tender. The sweet pickled red onion with this Mexican street food. Make sure to add avocado and sour cream for an even more varied flavor profile. 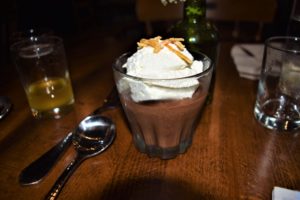 Capping the meal, the selection of desserts is tough to choose from. They include chocolate pot de crème. Reminiscent of mousse, the rich dessert is made with Grand Marnier and topped with whipped cream and candied orange peel. It is the perfect balance of smooth, rich chocolate and light whipped cream.

It was Machias’s welcoming, pre-internet feel that first drew Sean and Kathryn to the Washington County shire town on the Machias River. The couple’s restoration of the Clark Perry House and opening earlier this year of Bad Little Brewing Co. is part of the revitalization effort going on in the history-steeped community. 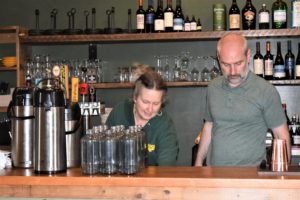 “We don’t really look at it like we own this place,” Kathryn said, referring to their historic home. “It’s more like we are the stewards [who] take care of it.”